Ronald José Acuña Blanco Jr. (born December 18, 1997) is a Venezuelan-born professional baseball player playing outfield for the Atlanta Braves. He made his MLB debut in 2018 and promptly won the National League Rookie of the Year Award. In 2019, he was named an MLB All-Star and won his first Silver Slugger Award.

Acuña signed with the Atlanta Braves for $100,000 as an international free agent in July 2014. He made his professional debut in 2015 with the Gulf Coast Braves and later that season was promoted to the Danville Braves. In 55 games between the two teams he batted .269 with four home runs, 18 RBIs, and 16 stolen bases.

In 2016, he slashed .312/.392/.429 with four home runs and 19 RBIs in 42 games combined between the Gulf Coast Braves and Rome Braves. His year was cut short due to an injury. After the season, he played for the Melbourne Aces of the Australian Baseball League and was named an ABL All-Star. Hes made his first appearances in Grapefruit League play at the start of the 2017 season as an extra player originally assigned to minor league camp. He began the year with the Florida Fire Frogs of the Class A-Advanced Florida State League and was later promoted to the Mississippi Braves of the Double A Southern League. Acuña was named to the All-Star Futures Game roster in July, and played the whole game, one of three World Team members to do so. He reported to the Gwinnett Braves of the Class AAA International League immediately after the All-Star break and made his International League debut against the Charlotte Knights. He responded by hitting an opposite-field home run in his second at bat. For the year, Acuña appeared in 139 games, hitting .325/.374/.522 with 21 homers, 82 RBIs and 44 stolen bases.

After the 2017 minor league regular season ended, Acuña was invited to join the MLB's premier elite prospect finishing school, the Arizona Fall League and was assigned to the Peoria Javelinas. He played 23 games in the AFL hitting .325/.414/.639 along with seven home runs. The Javelinas won the league championship and Acuna earned league MVP honors thereby becoming the AFL's youngest MVP ever.

Baseball America ranked Acuña as the No. 1 Major League Baseball prospect heading into the 2018 season. MLB.com ranked him second to Japanese pitcher/hitter Shohei Ohtani. He began the year at major league spring training but, despite a .432 average and four home runs, he was reassigned to minor league camp on March 19, 2018. He began the season with the Gwinnett Stripers. He was called up to the majors on April 25, 2018. He was 20 years old. 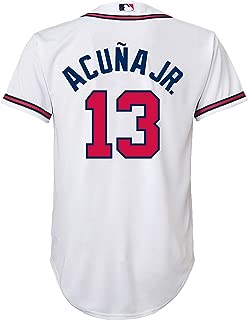 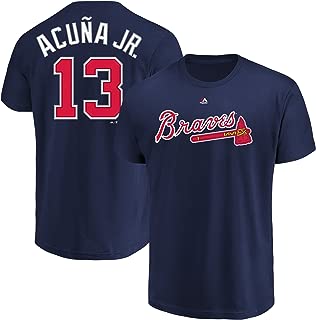 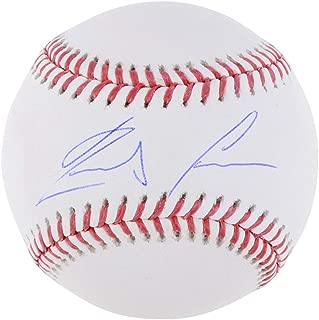 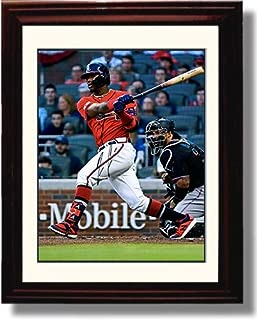 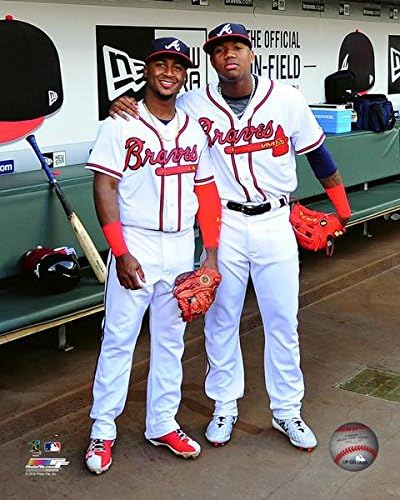